Floater[1] is a flying insect-like greed monster that can abduct up to two villagers. It has much more health than a greedling, requiring more shots from archers before dying. Floaters first appear during the third Blood Moon, and become more common as days pass, taking part in the usual nightly raids. Their goal is not to take the Kingdom's stuff, but to take its people.

Floaters ignore dropped coins and tools, with their only purpose being to abduct the Kingdom's townsfolk. Floaters fly slowly towards the center of the Kingdom until they target a townsperson, then they swoop low to gather them up then return to floating towards the center of the Kingdom. Once two subjects are captured, the floater turns back towards the nearest portal to disappear with its prisoners. If it does not succeed in finding two villagers, it will return to the portals after reaching and bumping into the castle.

Floaters, like breeders, ignore the return of the day and will continue to attack until all of them are dead or filled, creating in late-game trains of floaters extending for a good part of the day, preventing any unit to leave the walls of the Kingdom.

Kingdom: Classic – The best protection against floaters is catapults or heavy arrow fire. Catapults may kill floaters with a single shot if they can be timed right. As with other enemies, having as many archers as possible helps to minimize the damage done by floaters during an attack. Archers perched in towers behind a ground units group also serve to distract floaters, as they prioritize abducting archers posted to towers.

Kingdom: New Lands – Besides the strategies mentioned above, a ballista tower is even more effective against floaters than catapults, due to its projectiles' ballistic trajectory that may overlap a good extent of the monsters' path, killing sometimes many of them in a single shot. If placed behind the outer-wall, relatively far from it, the ballista may be better synchronized, ignoring the greedlings bunching up behind the wall and keeping its shot for the first floater crossing the wall line (see the third screenshot on gallery).

Kingdom Two Crowns – Besides the mentioned above, archers in roofed towers (tier five and six—requiring the iron mine) are secure against floaters and can fire without being attacked. Placing them outside the kingdom borders may help to weaken floaters before they reach the walls. The catapult range has been buffed, but its damage, along with the ballista damage has been nerfed, resulting in these weapons most likely not killing floaters in one shot. 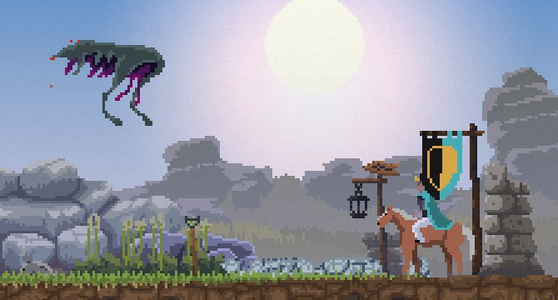 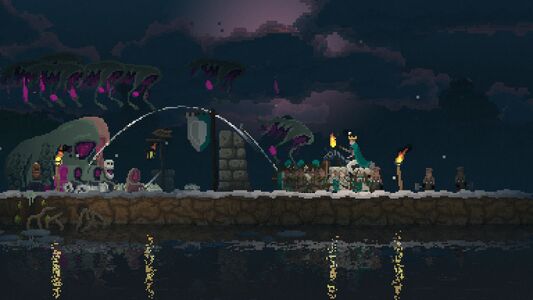 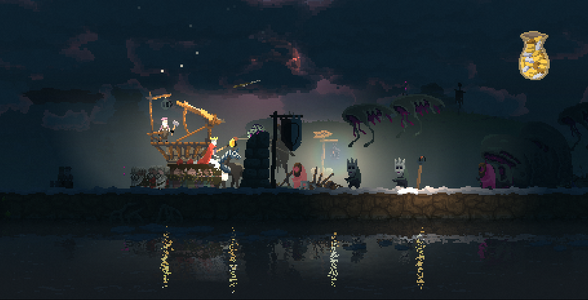 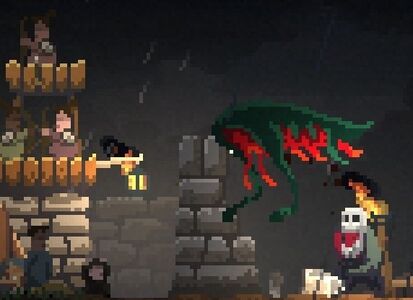 Retrieved from "https://kingdomthegame.fandom.com/wiki/Floater?oldid=20554"
Community content is available under CC-BY-SA unless otherwise noted.