Community Ruler was a Monarch skin that could've been introduced to the game if the requirements of an alternate reality game (ARG) called The Monarch's Journey have been met until the beginning of 2020.

The following steps are a historical description and all have been disabled.

The Monarch's Journey was a ARG contest launched a few days before the release of Two Crowns.

On 26 November 2018 Raw Fury posted this video on Twitter: 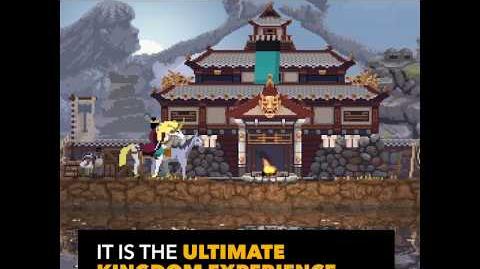 On second 15 of the video, Gordon speaks in front of a monitor with sticky notes on it. The first note on the left reads: Path of The Monarch dot com.

The site pathofthemonarch.com on those days would display a sentence on big letters with a transparent code below it:

Selecting the text with the mouse ( ↑ test it ) would make the code under it visible.

Using this code as an Youtube video id, would lead the player to the following: 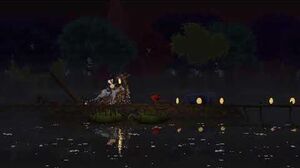 Going to the Raw Fury website, and clicking a button with the words "(UN)PUBLISH WEBSITE" would lead the player to a third site (thepathcontinues.com) that would display the message:

On Day 26 the Monarch Made a Friend

Ending up here with no reward or further connections, this first path is believed to be a dead end (Hence the words: "Many have failed").

Back to that first video, on second 57 and 1:09, another sticky note reads: @TheMonarch1021, that's a Twitter account.

The messages were followed by images that, when correctly joined would form a QR-code with a link to...

The end of the journey[]

This site reveals the reward, that is the Community Ruler, and imposes a final requirement, which could only be fulfilled by the community, and never by a single Monarch.

We are bringing this Community Ruler
into Kingdom Two Crowns.

But only if you can work together. Yes, this last step is up to all of you, the community of indie gamers and Kingdom fans. For we will only do this when the Total Entries counter above hits 30,000.

Can you work together to accomplish this? All you need to do is solve this one last puzzle.R.F.

And it asks for the "Final Commands", which are:

As each command counts as one entry, and considering that each player would enter only three commands, the Community Ruler would require ten thousand players to engage on this final step.

Upon successful completion, the Community Ruler would be added as DLC to owners of the game at a future date to be determined by Raw Fury.

The image shown here is a work in progress, and the Community Ruler has been designed by a member of the Kingdom community: Rasmus Vesik, whose artwork was first seen on 25 July 2018.