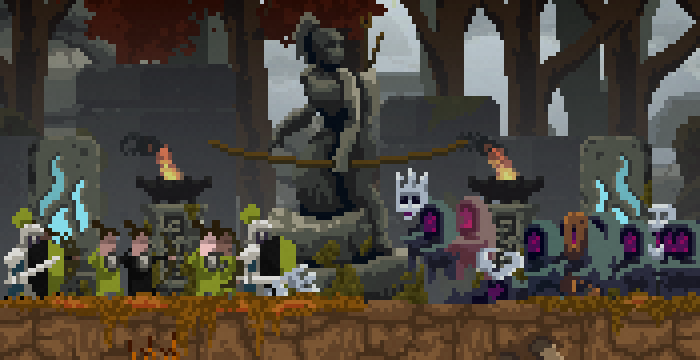 I wanted to upgrade a wall but accidentally sent an attack on a portal. How do I cancel it? [1]

...is one of the most community-requested, non-existent feature in the Kingdom series. There is no cancel order, cancel command, cancel task, cancel job, cancel work, or cancel build.

Since the release of the first title on Steam, on 21 October 2015, a multitude of Kingdom players have suggested the inclusion of a mechanism to undo the Monarch's previous actions. The most common actions they would like to undo have been:

In fact those actions do have the potential to cause great damage and even completely ruin a kingdom if mishandled.

Other less common requests would be the ability to change the place of a building (which is a sort of "canceling" the first building location), or even the option to completely destroy an already fully built Kingdom structure. Those types of suggestions have drastically lessened since the introduction of special towers, as archers are no longer locked on top of an archer tower forever.

Builders, ranked on top one and two of the "cancel" podium, have received a lot of hate from players that blame their own workers for strictly following the orders received from their masters.

Another player would mourn:

You are a king, but you can't command
your people to stop, or cancel the work. [2]

Absolutely true. Likewise any other king or queen on Earth, monarchs in Kingdom cannot do whatever they want simply because they have a crown. And, just as in a chess game—where each piece, including king and queen, has its own movement limitations—in the Kingdom series, an unequivocal, crystal clear limitation has been imposed to all monarchs. Along the years, many game mechanics have changed (note Monarchs been able to directly engage in combat), but that one characteristic remained untouched from the very first game project: monarchs cannot undo their own actions, they cannot contradict themselves.

Why this limitation could not be a thing[]

There are some fair reasons for which new players could desperately require a cancel button as an uttermost necessity, and one of them is that many of these players are not used to roguelike games. They see checkpoints, multiple lives and multiple saves as mere "quality of life" stuff that would not alter the essence of the game. And therefore the lack of these things would inevitably constitute a design flaw. And they would claim that, not having those things, does not make the game harder, but just boring and tedious.[3] They have their point.

For another point of view, imagine a simple memory game like Simon[4], where the master would dictate a random sequence of letters, and the challenger should try and repeat that sequence. The rules: 1) the challenger would have to say the entire sequence, from the beginning to the end; 2) the master would repeat the sequence only once, each time the challenger misses it; and 3) the challenger can try as many times as they want, until they get the entire sequence. Now, some challengers would master the sequence within very few tries, while others would take a bit longer. And a third group of players would say: "Must needed quality of life here: when I miss a letter, I undo it and continue from there. OK... So, the "result" would be the same: mostly all of them, with or without the QoL stuff would get to the end eventually, as it's just a matter of repetition. But, if truth be told, can one really say that they were all playing the same game?

Diving further in those arguments, it is clear that there is no agreement on what would be considered a bad player's action. People in favor of the cancel button usually define the bad action from the player in a very complex perspective, where they include the causes and motivations of each action; if the player had previous knowledge of the consequences before proceeding (for example, counterattack wave after destryoing a portal), if they could've had access to that knowledge, the sense of guiltyness, fairness, punishment and much more.

In a roguelike perspective, a bad action from the player is very simply defined as every single action that does not result in a successful situation. It doesn't matter if the player was unconscious of the consequences of that choice. It doesn't matter if that involved a terrible RNG. It doesn't matter if it was a simple mistake that cause the ruin of an entire kingdom. There is no morality or sense of fairness. It is completely useless to look for a culprit in roguelike. It's not a genre for those who feel "betrayed", each time they have to engage on quests without previous hand-held tutorial. There is no time for those types of thoughts and feelings. There is only the in-game world against the player character. After a defeat, one can either restart with better knowledge and ability, or Karen around the forums trying to speak to the manager.

Players that are not used to roguelike games will then refuse to accept the full concept of a bad player's action:

I set a wall area and an outpost to be built,
but then, because it was all overcast,
I didn't see that it was almost night. [5]

Back in 2015, when Kingdom had just been released on Steam, the concept of what the series could be was still ambiguous and players got flexible replies both from Gordon[6] and Noio[7] telling that destroying buildings and canceling actions "could be an option". Later, in 2017, Raw Fury came with a much more precise and categorical answer to the, until then, very persistent request:

Nope! Won't ever do that.
Gotta learn from your mistakes,
all part of the gameplay. [8]

It couldn't be more clear. But time passes... Things change... And Kingdom Two Crowns has abandoned some of the core characteristics of the roguelike genre, for example: there is no more ultimate loss (permadeath). The question could then rise again. Would the series move even further away from roguelike to the point of including a cancel command, as Noio and Gordon had once considered?

The list below is a sample of what was that community pressure for the introduction of a cancel option in gameplay. All logs were taken only from the Kingdom: Classic forum. Note how the demand explodes the day after the game has been launched on the platform (October 2015), and how it diminishes when New Lands is released (August 2016).

2016
Feb 13 - Months on and this game still really needs a cancel build order button.
Feb 14 - Agreed.
Jan 16 - I would suggest there be an option to cancel stuff.
Jan 18 - A cancel option is highly needed.
Jan 19 - Cancel option, that way builders won't die as much or lose camps by mistake.
Feb 07 - One of the main late-game problems: no way to cancel an order to build.
Feb 10 - Cancel tree cutting?
Feb 11 - The ability to demolish/cancel structures as well.
Feb 20 - We Need Build Cancels!
Feb 23 - Why wouldn't we be able to cancel a build order?
Mar 24 - Developer is a troll: you can't cancel orders/disable buildings.
Mar 25 - How about a cancel build?
Mar 29 - At least let us cancel orders.
Mar 29 - I'd like to be able to cancel buildings.
May 03 - Cancel their tasks they couldn't finish before the night came.
May 19 - I lost that run, so here's my suggestion: make it so that we can cancel build orders.
Aug 02 - Give the player more flexibility (cancel building...)
Aug 08 - This has propably been asked billions of times but... Cancel?
Aug 10 - I also wish there was a cancel button (up arrow maybe?)

2017
Jan 17 - I wanted to upgrade a wall but accidentally sent an attack on a portal. How do I cancel it?
Apr 09 - I'm really bothered by the inability to cancel construction on things.
May 14 - Aside from AI and the inability to cancel orders, I enjoy almost everything about this game.
Dec 19 - It would be very helpful if you could cancel the jobs.
Dec 30 - You are a king, but you can't command them to stop/cancel the work.

2018
Dec 30 - 😡 When you accidentally build something it cannot be cancelled.

2019
Feb 20 - If you could simply cancel a build, it would make it much more manageable.